Three films in 3D, the train takes all its dimensions !

• Film 1: The extraordinary meeting of the two French Mountains and a 150 ex DR in central Switzerland. An unforgettable show with high elevations and plumes (2013) !
• Film 2: The journey of the 141 R 840 between Tours and Chinon before its major revision (2012).
• Film 3: The AAATV-SPDC proceeded to the return of the Pacific 231 E 41 for its complete renovation.

In addition, the special edition “collector” DVD entitled “Tandem grandes roues” describing the double traction of two Mountains between Geneva and Basel in May 2009.

Warning : playing this Blu-ray disc requires a “side by side” 3D format compatible video equipment. 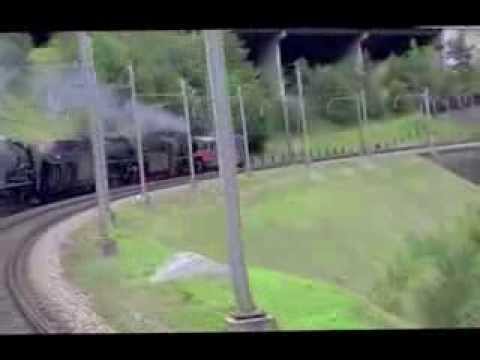 Pictures from the film